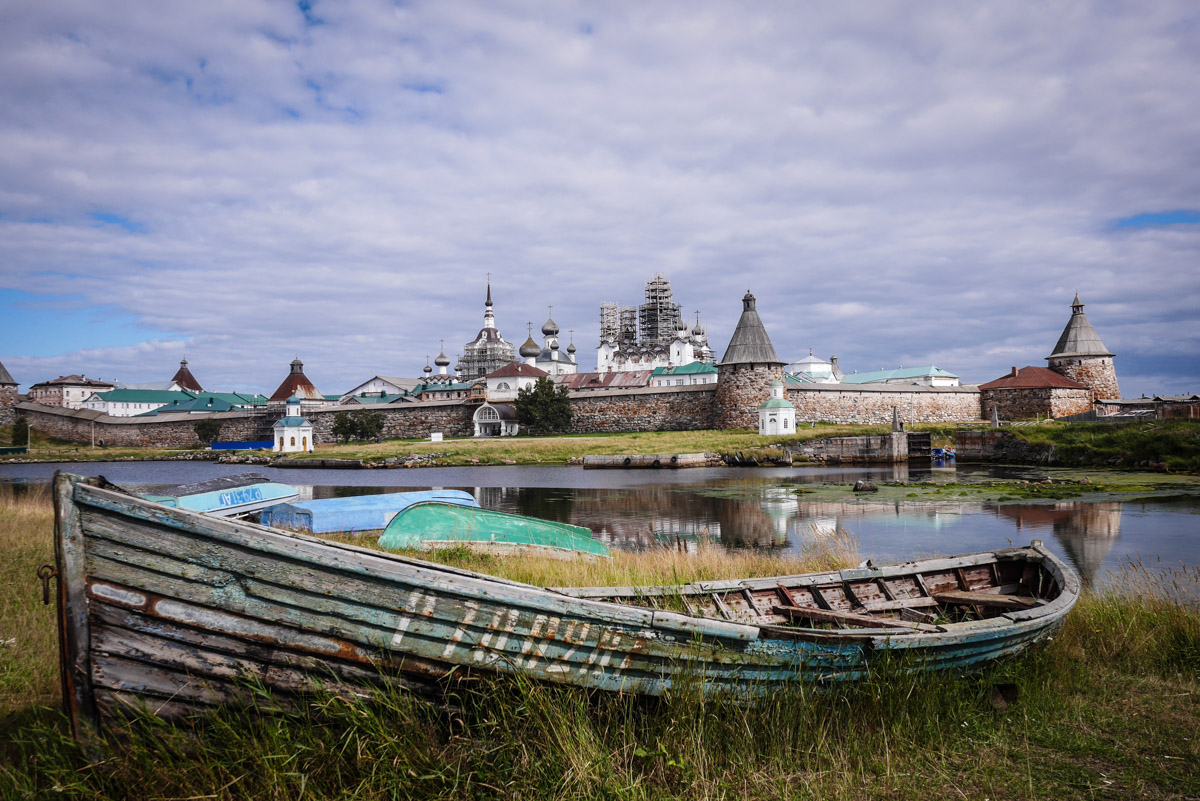 It is a cold and humid morning.

No. The rain is not falling. Gray clouds, however, make me really anxious. Who the hell knows what will happen, will it clear up or start to rain like in the previous days. Port of Kem – or, more precisely, it surburbs in Rabocheostrovsk – is crowded with people with bundles. Those who are going to stay on the islands just for a few hours, carry only black BOSS bags with homemade sandwiches and a rain capes. Others, who intend to spend there a few days, are lugging big backpacks with karimats, shoes and mess tins tied to them. The crowd is quite big and it looks like a medley of emigrants and smallholding peasants. 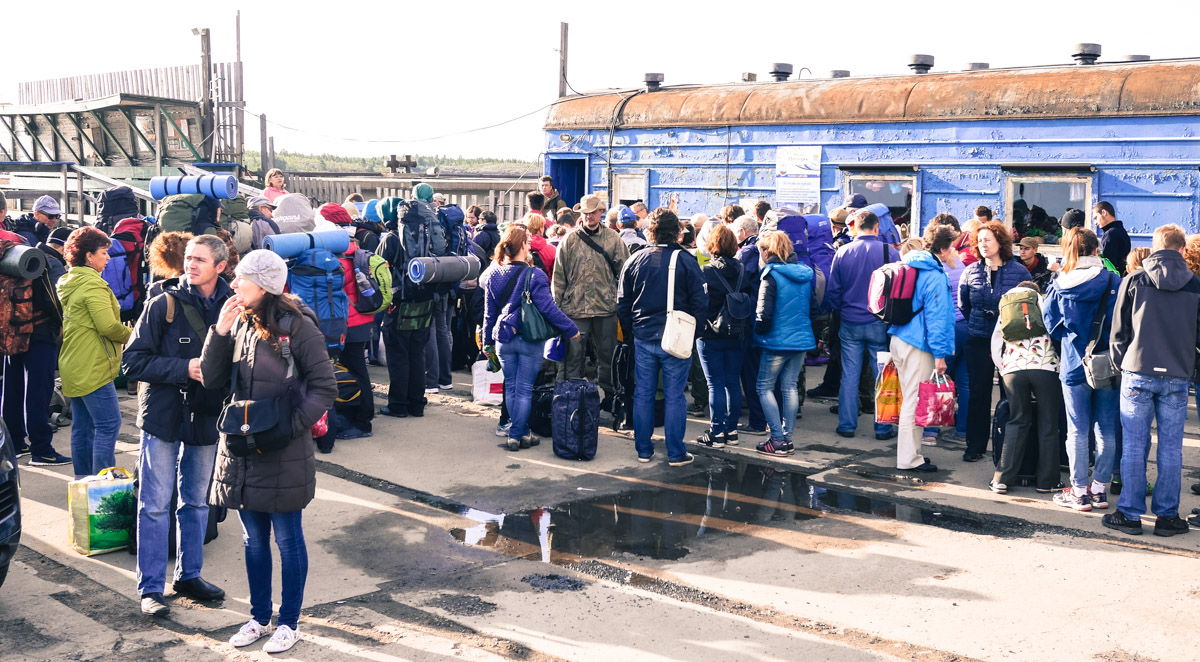 Punctually at 7:30 a steel gangway leading to the dilapidated ship called Vasily Kosjakov is putted down and a big Russian “baba” begins to conduct the movement and check tickets.

There must be order!

Next, the pioneers, then ordinary tourists.

In line! Do not push do not press! Wait for your turn!

Cruise to the Solovetsky Islands has begun. In two hours I will be in one of the holiest places of the Orthodox Russia. 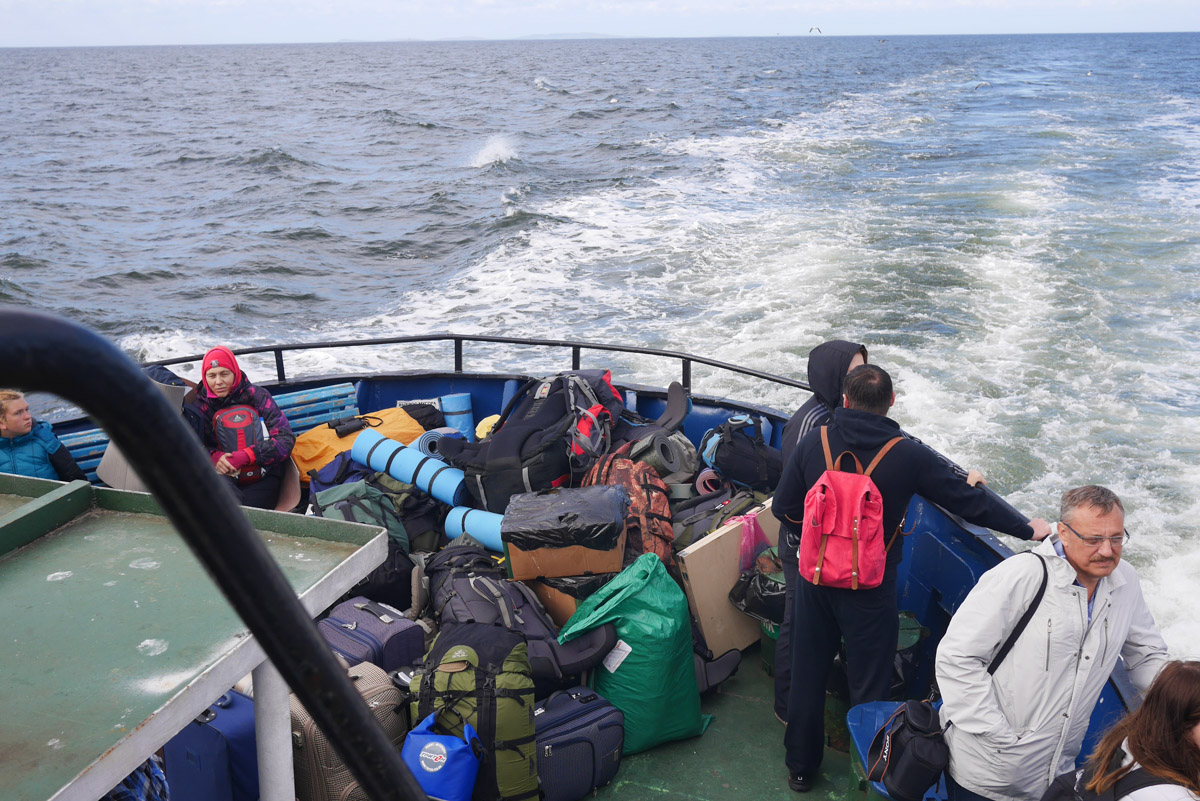 The so-called Solovki can be compared with Polish Czestochowa in terms of its gravity  and importance. Jasna Góra Monastery is a symbol of resistance and the Christian tradition of Polish soil and the Solovki’s monastery, built in the 14th century, is the mainstay of the Orthodox Church in the northern parts of the empire for 600 years. It started as a tiny hermitage of two monks, German and Savvatius, then it was enlarged to the wooden buildings of the 15th century. The stone fortress, built in 16 th  century, was the northernmost Orthodox church ever. In the 18th  century it resisted the attacks of the Swedish fleet. Throughout that time, it was also economic and cultural center.

Because of their remoteness, from the tsarist times the Solovetsky Islands has been the place of political opponents’ exile since the tsarist times. However, the truly horrific and tragic chapter was the period from 1920 to 1939, when the islands became a maximum security labor camp called SLON (Solovetsky Lager of the Unique Destiny). Up to 170,000 people passed thorough and over 20,000 were killed in SLON.

The monastery remained in the hands of the secular authorities until the 90s of the 20 th century. Gorbachev’s Perestroika allowed to return the landmark building to the Orthodox Church and to restore former splendor of one of the largest monasteries in Russia.

So, on the board if the ship, which has seen better days… about three decades ago, I am heading to the pearl of Russian architecture. 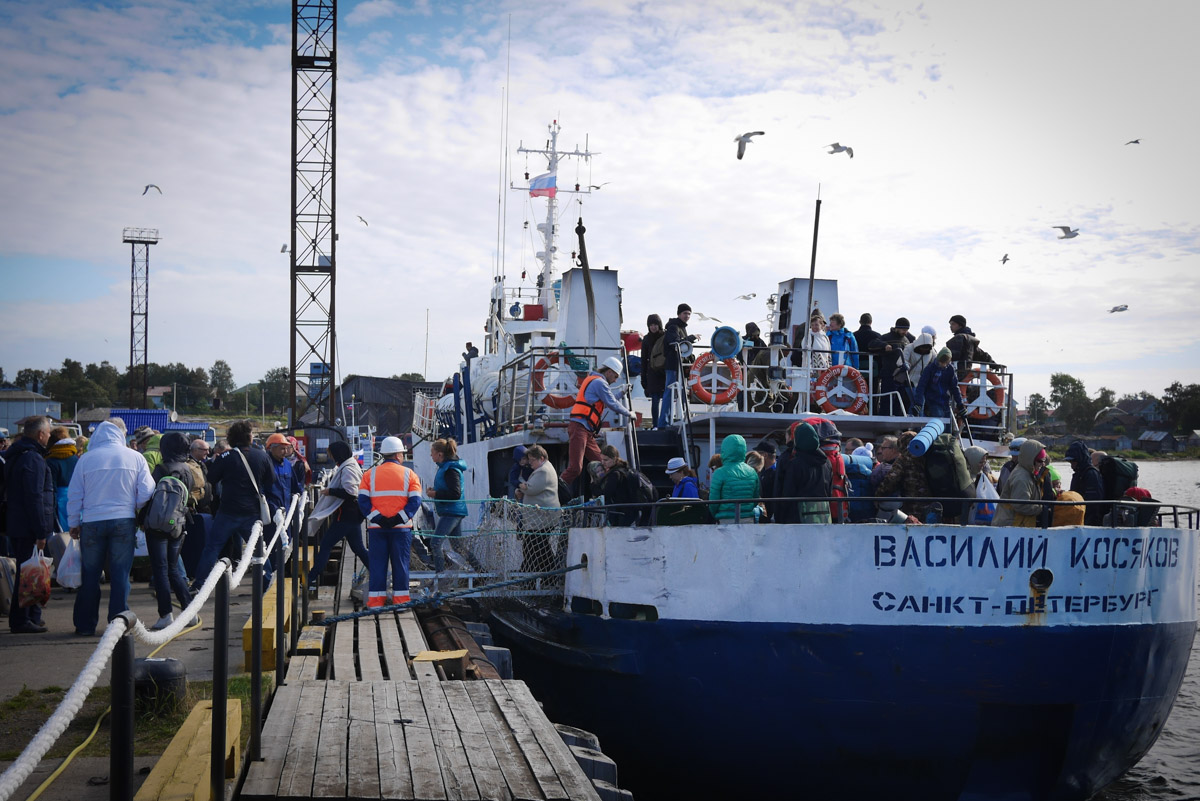 I still have in mind the Church of the Savior on Blood in St. Petersburg or and the Saint Basil’s Cathedral in Moscow, I remember how the Kazan and the Atrakhan Kremls look like. I imagine a magical place – on the island, in Siberia, far away from crowds. 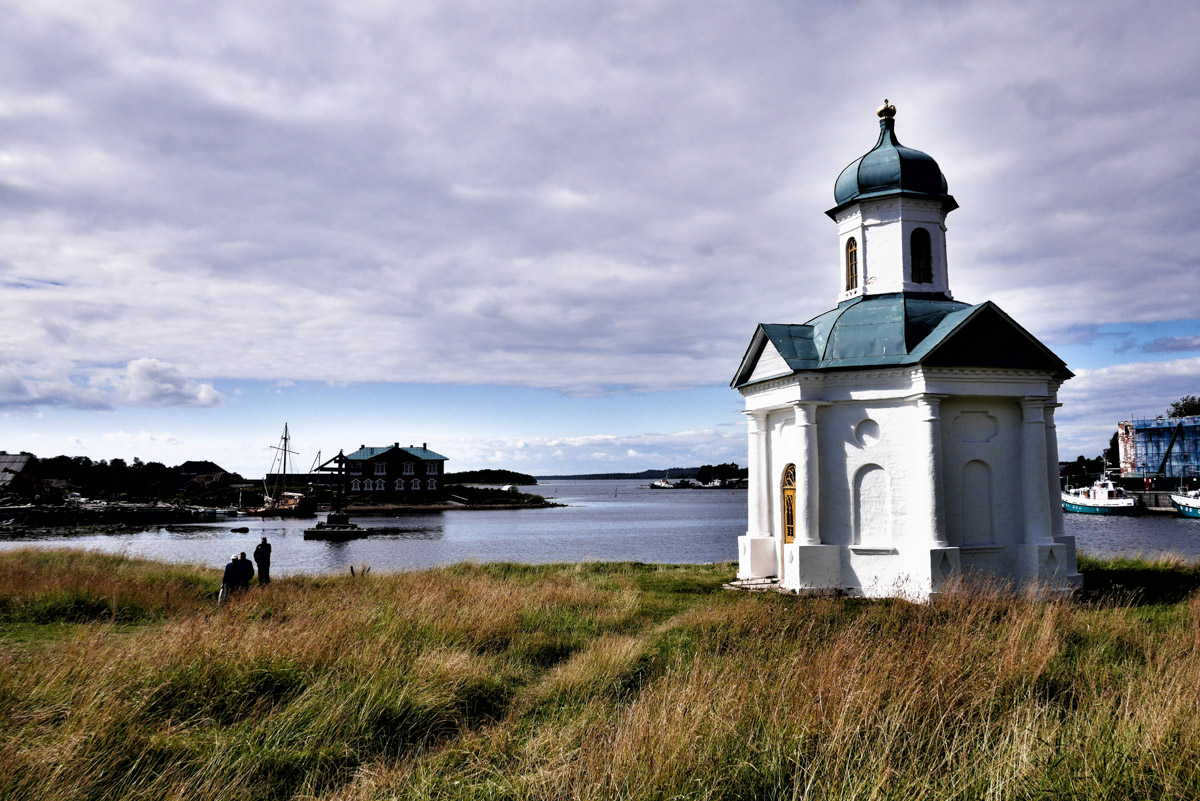 Reality, however, sweeped me off my feet. Literally.

As our ship docks down the cost, we can see, as expected, many people – tourists-longed owners of private accommodation, taxi drivers, souvenir and ice cream sellers, guides. 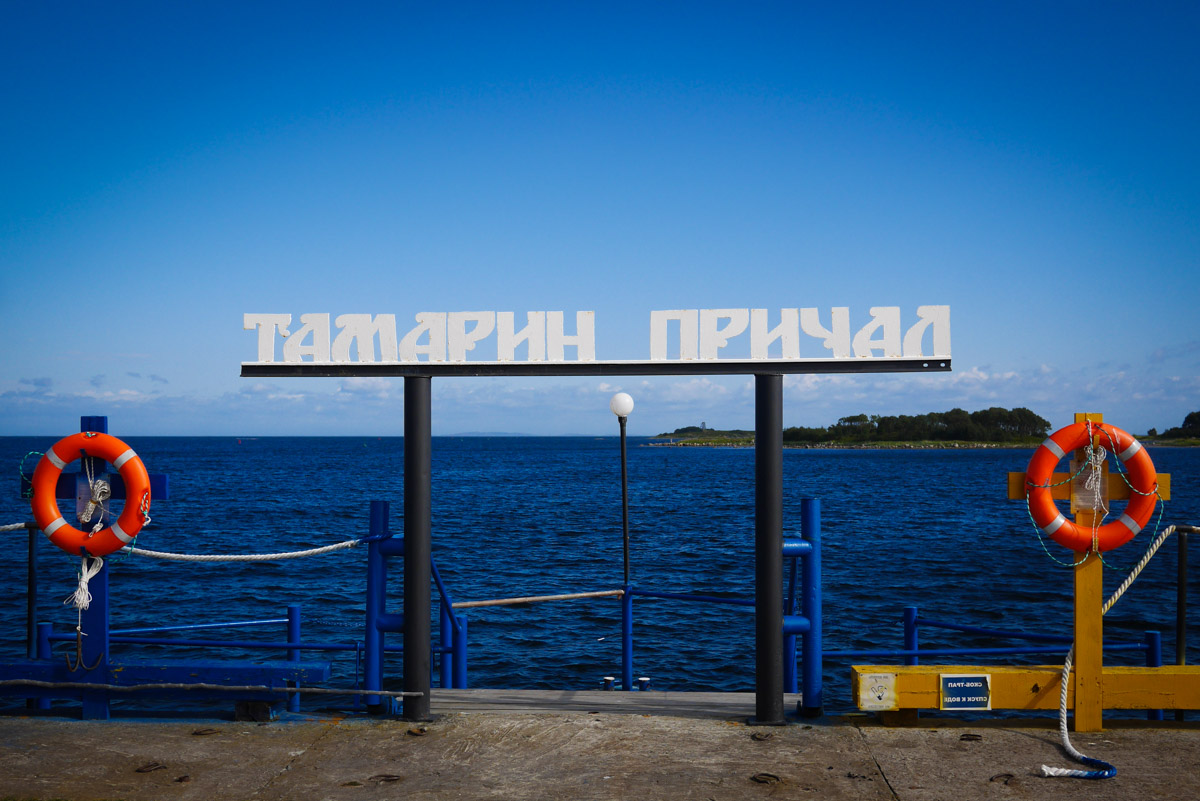 After getting through the feverish crowd, I find myself on a sandy road that heads among old, neglected houses to the monastry. 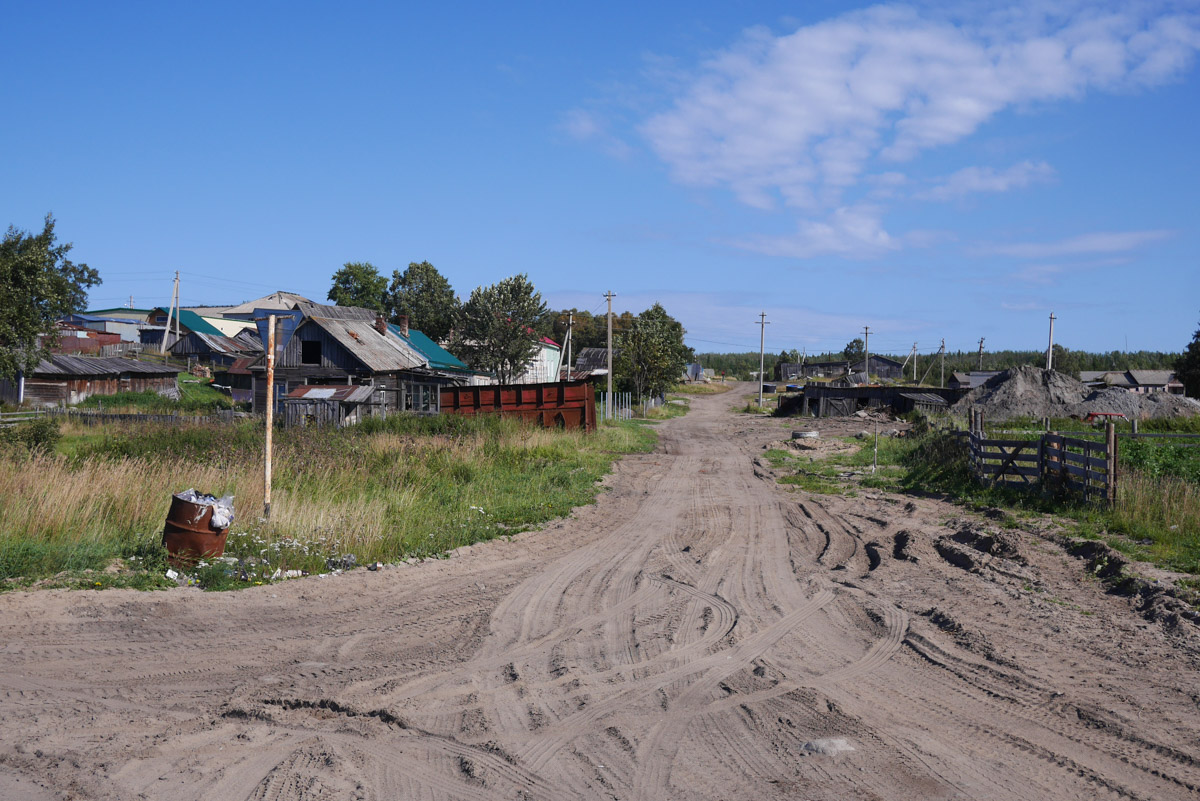 Unfortunately, my expectations crashed with the provincial Russian reality.

On the one hand, the Solovetsky Monastery is a monument depicted on five hundred ruble banknote. On the other hand a local guide is pointing at an unprotected, probably three-hundred-year-old fresco placed on the outer wall and saying: “Look. Here is the last one that has survived. Please note its unique colors while it is still there. Two neighboring ones are almost invisible and this one will disappear in a few years.” Why nobody take care of it? Why there is even no sheet of cloth? to protect the fresco? 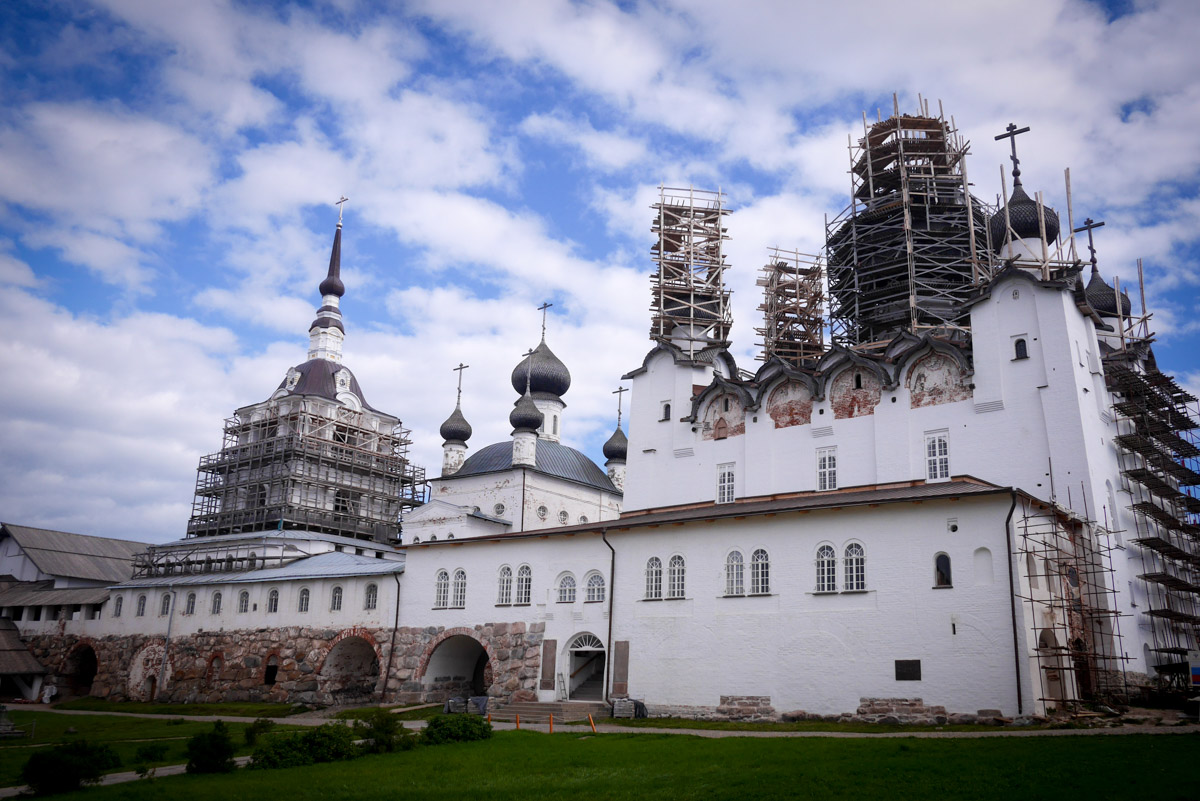 We are going further and see how the pavement, which have witnessed hundred years of history, is run over by power shovels carrying cement needed for a reconstruction. However, 10 meters further the same pavement is manually cleaned of dust! Here we care, there we destroy. 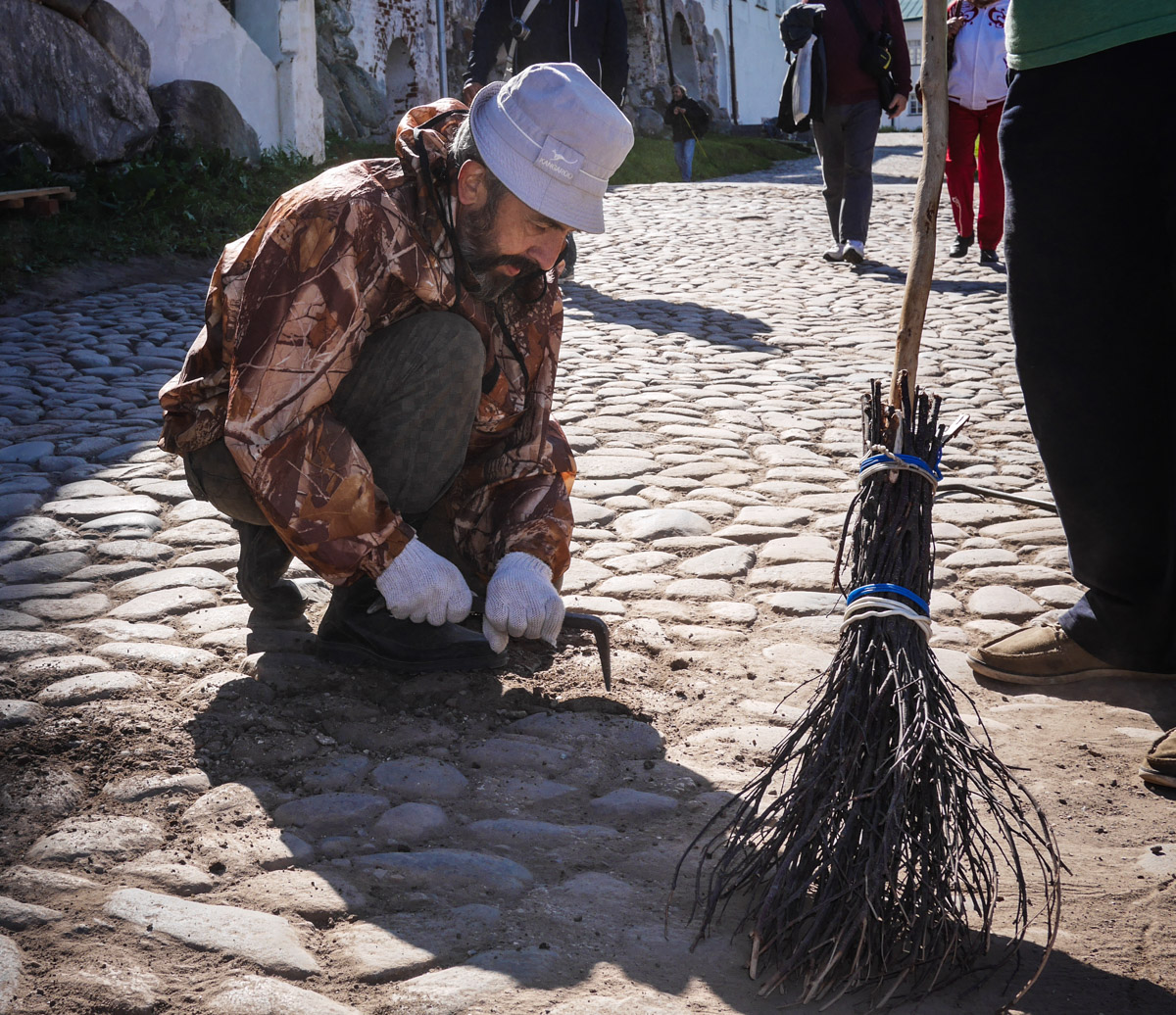 In the renovated church, which is shown to tourists as a completed revitalization, which the metropolitan Kiryl [the equivalent of Catolic Primate] are going to visit in two weeks, the whole iconostasis is printed on an office printer and bound in plastic frames. Yes, this is not a mistake. The icons are printed like on an office printer. Is the Orthodox Church so poor that it cannot afford a decent conservation?

Somehow – I do not think so.

Okay, I have enough monasteries, I would like to know more about the gulag. 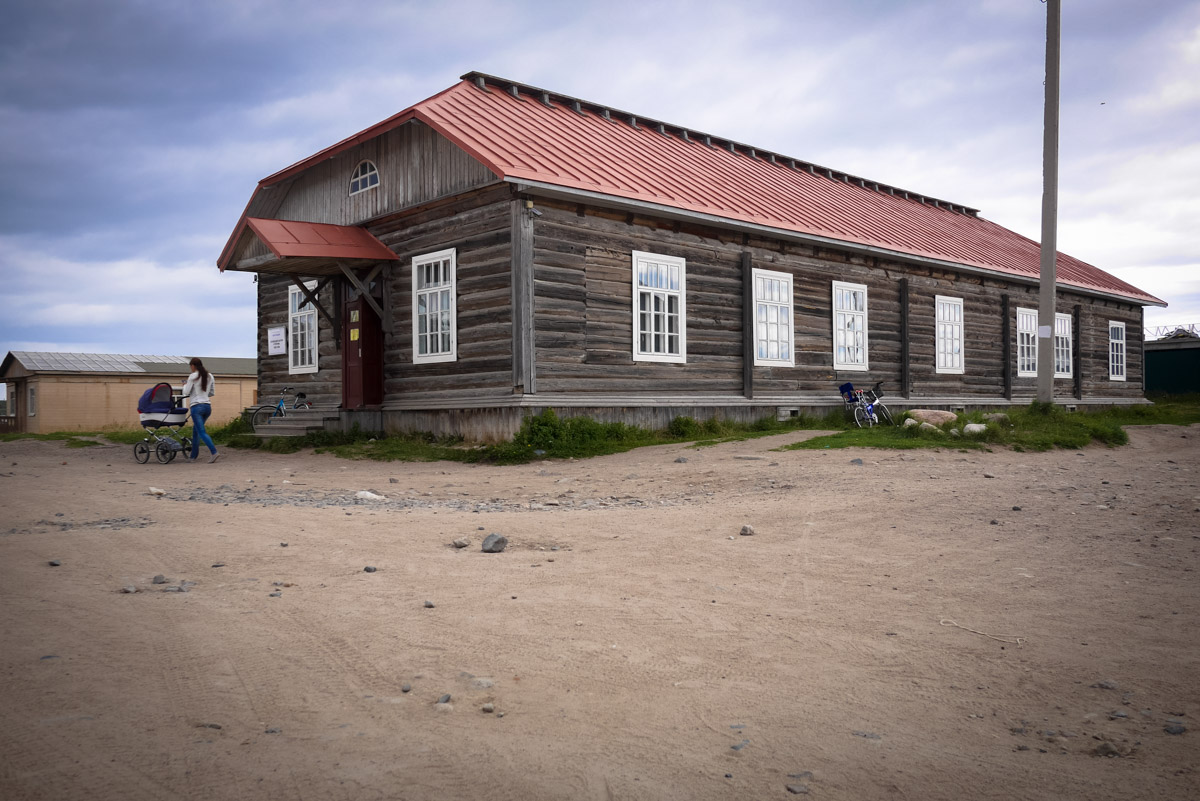 Museum offers two guided tours per day. The first one begins at a time of ship’s landing in marina, so there is no chance to get to it because you have to walk 2 km from the harbor to the museum. The second begins about half an hour before the departure of the return ship. In this case there is no chance to get in! The only thing left for me is to read the guide and watch the exhibits in silence. 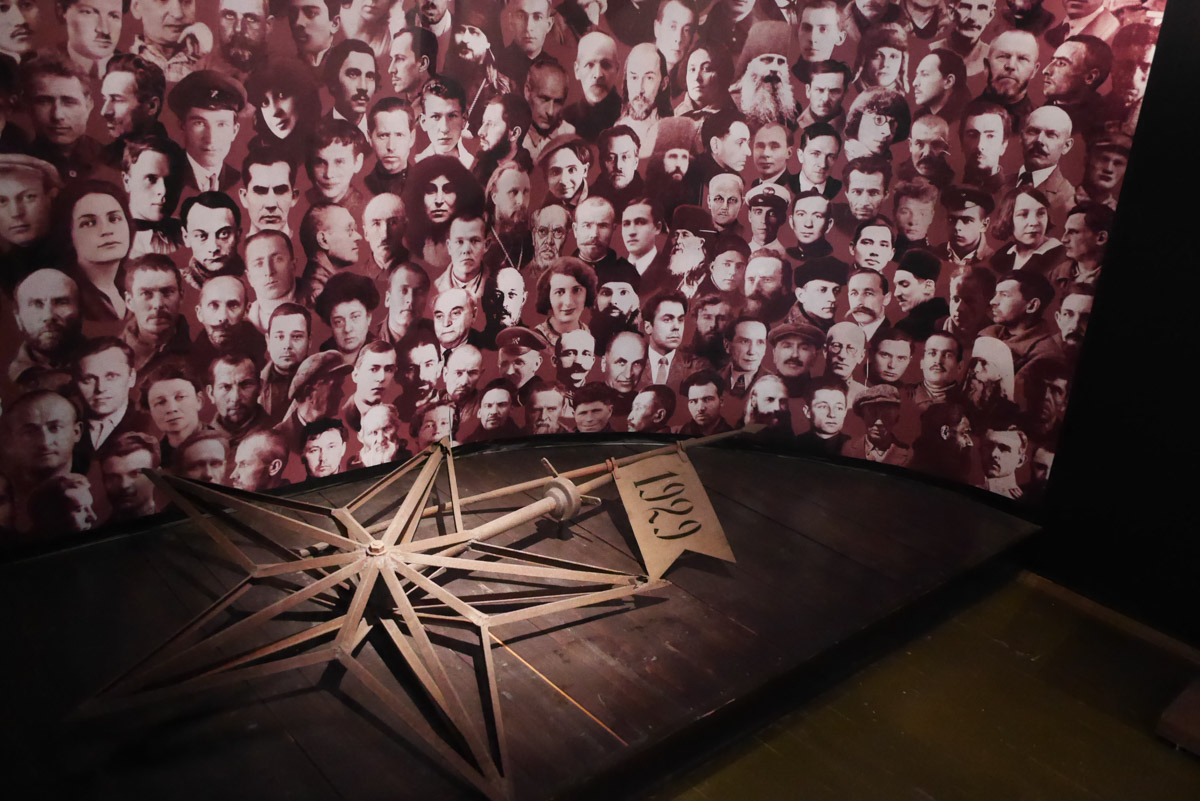 No, I do not regret this short visit in the Solovetsky Islands. It is one more experience. Better, worse, no matter. We travel to experience new things. I guess it was too short, too facilely. There will be another opportunity. I will definitely go back there. 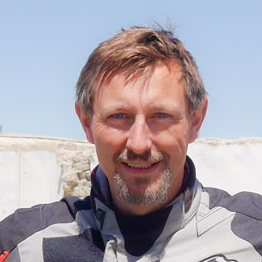 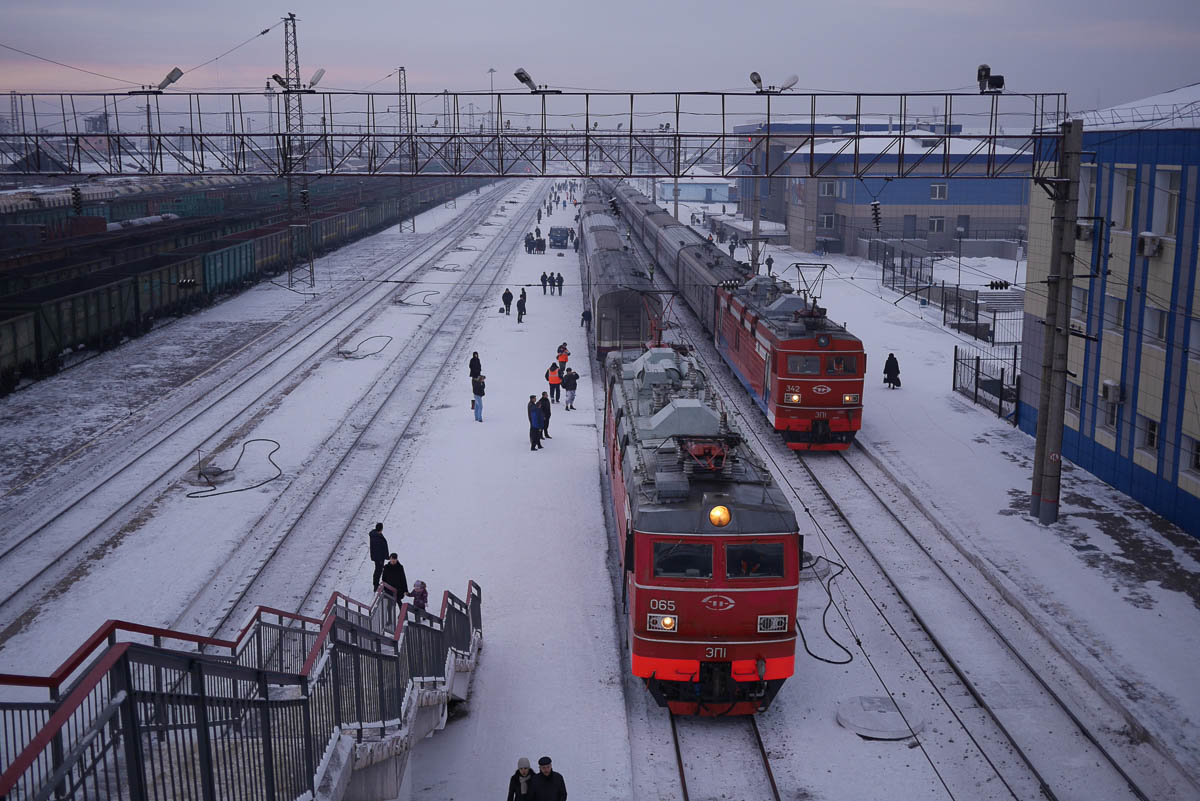 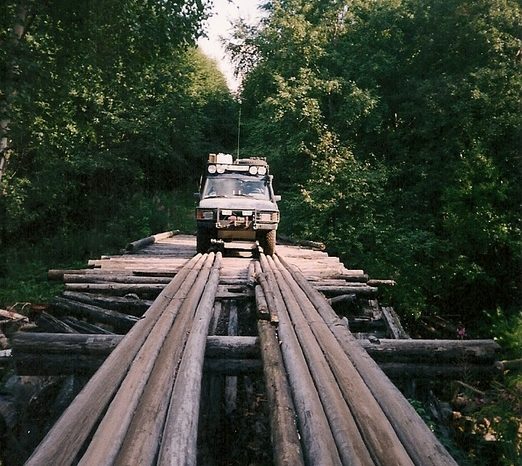 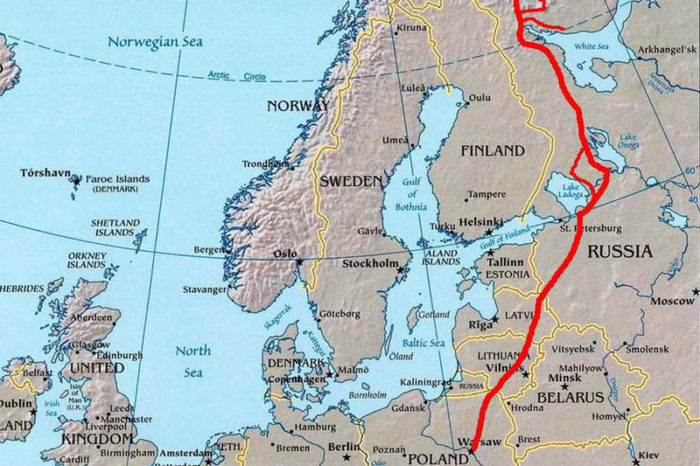 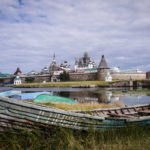